A significant source of references to Rhodian mythology is the epic of the Iliad. As it is known, the Iliad was written by Homer in the 8th century BC. Describes the exciting events of the tenth and final year of the Trojan War.

In the first rhapsody, Homer describes the conflict of Agamemnon with Achilles. The latter’s refusal to continue the war, due to his conflict with the Mycenaean commander general.

In the second rhapsody reports the involvement of the gods in human conflicts. And after this the poet has Thersites, denounce the aristocrats as perpetrators of deadly wars. He then gives a complete list of the armies which took part in the war from both sides: the Achaeans, the Trojans and their allies.

At this point, something you may didn’t know about Rhodes, Homer makes a reference to the Rhodian king, Tlepolemos.

Participation In The Trojan War 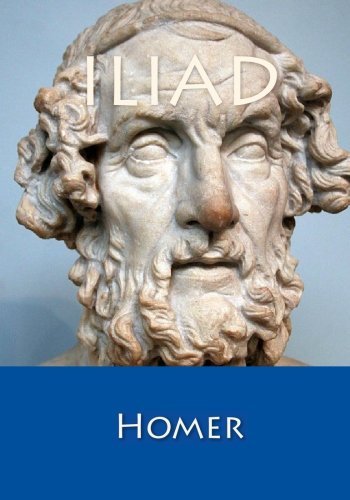 The first reference to the Rhodian mythology is made in verse B653 of the Iliad. Homer tells us that in the Trojan War Tlipolemos from Rhodes participated with nine ships and Nireas from Symi with three ships. The reference on Rhodes in the Iliad seems rather brief but fortunately other ancient writers fill the gaps of the Homeric narrative. Each of them submits a few more details regarding the ancestry of Tlipolemos. As well as his accomplishments and his relationship with the island of the sun.

Tlepolemos, the king of Rhodes

The name of Tlipolemos means “brave in war” and Homer recognizes him as the son of Hercules and Astyoche. After the rise of Hercules to Olympus, his relatives, the Heraclides, mostly settled in Trikorythos of Marathon in Attica. All except Licymnius, brother of Alcmene who was the mother of Heracles. Licymnius fled to Argos with his sons and Tlepolemos. Once, Tlepolemus had an argument with Licymnius which made him kill the old man who was Heracles’ aged maternal uncle. The killing of Licymnius made Tlepolemus flee from Argos and move to Rhodes island.  According to Homer, the murder of Licymnius made the rest of the Heracleides angry at Tlepolemus. So he asked Apollo for an oracle to see what he should do and save his life. The oracle told him to board a ship with his wife Polyxo and his friends and sail away. The ship ended up in Rhodes where the locals welcomed him and made him their king. Tlepolemus divided the island into three parts, founding three Rhodian city-states: Cameirus, Ialysus and Lindos…

When the Achacans landed on the shores of Troy, the second Sarpedon sided with Priam, the king of Troy and became one of the ablest warriors.

Once Tlipolemos and Sarpedon faced each other on the battlefield, they exchanged insults. Then, the duel began. Tlipolemos first hit Sarpedon with his spear on the left thigh and pierced him to the bone. However, almost simultaneously, Sarpedon pierced Tlipolemos on the neck with his own spear so the king of Rhodes dropped dead. The comrades of Tlipolemos lifted his body and buried him with all the honors. When the war was over, they carried his bones to Rhodes and placed them inside a magnificent tomb and shrine that they built in his honor.

In the same passage in the Iliad, Homer reveals the existence of another Tlipolemos. He was comrade of the second Sarpedon and ally of the Trojans. He killed by Achilles’ companion Patroclus, who was wearing Achilles’ armor. Tis happened because the ruler of the Myrmidons had refused to fight due to his conflict with Agamemnon. Patroclus was the Achaean who avenged the death of Tlipolemos when Sarpedon invited him to a duel, thinking that he was Achilles. The two warriors stepped down from their chariots and threw their spears to each other. The spear of Patroclus killed an aide of Sarpedon, while the spear of the king of Lycia hit one of the horses of his opponent. Then, the two fighters approached each other. Sarpedon missed for the second time, while the next moment received a fatal blow on his chest from Patroclus. Other References to Rhodian Mythology

Pausanias, was one of the most famous geographers of the 2nd century BC. He crossed most of Greece and systematically recorded all the sights of his time along with their myths and stories that accompanied them.

In his third book of the Guide to Greece called Laconia, makes a reference to Rhodian mythology by telling us that Polyxo, the widow of Tlipolemos, came from Argos and followed her husband to Rhodes. When the death of Tlipolemos in Troy became widely known, Polyxo ceased Boutes who was the viceroy in the Rhodian kingdom and kept the throne to herself. She and Tlipolemus had a son but his name has been ignored by the surviving ancient sources.

Polyxo hated Helen very deeply because she held her responsible for the Trojan War and the death of her husband. So, according to the Stratagem of Polyaenus, on their way to Sparta, Helen and Menelaus were forced to strand in the island of Rhodes due to the rough and stormy sea. When that became known, Queen Polyxo sent an angry mob of Rhodians to attack the ship and to lynch and kill Helen. But Menelaus dressed a beautiful woman servant with the clothes and the jewelry of Helen. The trick was successful so the angry mob killed the servant instead of Helen. That allowed Menelaus and Helen to continue their journey to Sparta.

In Pausanias’ Guide to Greece there is another version of the same legend. According to that version, after the return of Menelaus and Helen to Sparta, the couple lived together for a while and then Menelaus died. Then Nikostratus and Megapenthes, the two illegitimate sons of Menelaus from slave mothers, expelled Helen from Sparta so she took a ship and went to Rhodes thinking that she would find hospitality in the palace of her old friend, Polyxo. But the queen of Rhodes had a disguised hatred towards Helen because she held her responsible for the Trojan War and the death of her husband. S0, when Helen entered the bathroom Polyxo sent her servants disguised as Erynies (Furies) who seized the naked queen of Sparta and hung her from a tree. According to Pausanias, many years after that incident, the Rhodians honored the unfortunate queen of Sparta by building a shrine dedicated to Dendritida Helen (Helen of the Trees).

Mythology Of Rhodes – The Myth Of Althaemenes

Another reference to the Rhodian mythology included in the Comments to Lykophron, of the Byzantine scholar Ioannis Tzetsis. He does not mention the widow of Tlipolemos as Polyxo but as Philozoe. When the Rhodian warriors returned from Troy carrying the bones of Tlipolemos, Philozoe buried them in a shining monument and established the “Tlipolemeia“. Funerary athletic events for boys and men the winners of which were honored with poplar crowns. It seems that the poplar tree which in ancient Greek was called “acherois” and “aigeiros” was associated with the worship of the Sun god protector of Rhodes. Because when Phaethon, the son of the Sun god Helios, decided one day to drive the chariot of his father, he got startled by constellation of Scorpio and lost its course. Resulting in getting too close to the Earth causing forest fires and the drying of rivers. Then Zeus was forced to blast the clumsy Phaethon so as to prevent an even greater destruction. Phaethon‘s body fell into Eridanos River where his sisters Heliadae found it and wept over it. Feeling sorry for them, the gods transformed them into popular trees and their tears became amber beads. Thus, when the winners of the “Tlipolemeia” competitions were crowned with poplar branches, they were symbolically sanctified with the holy tree of Helios, the Sun god. 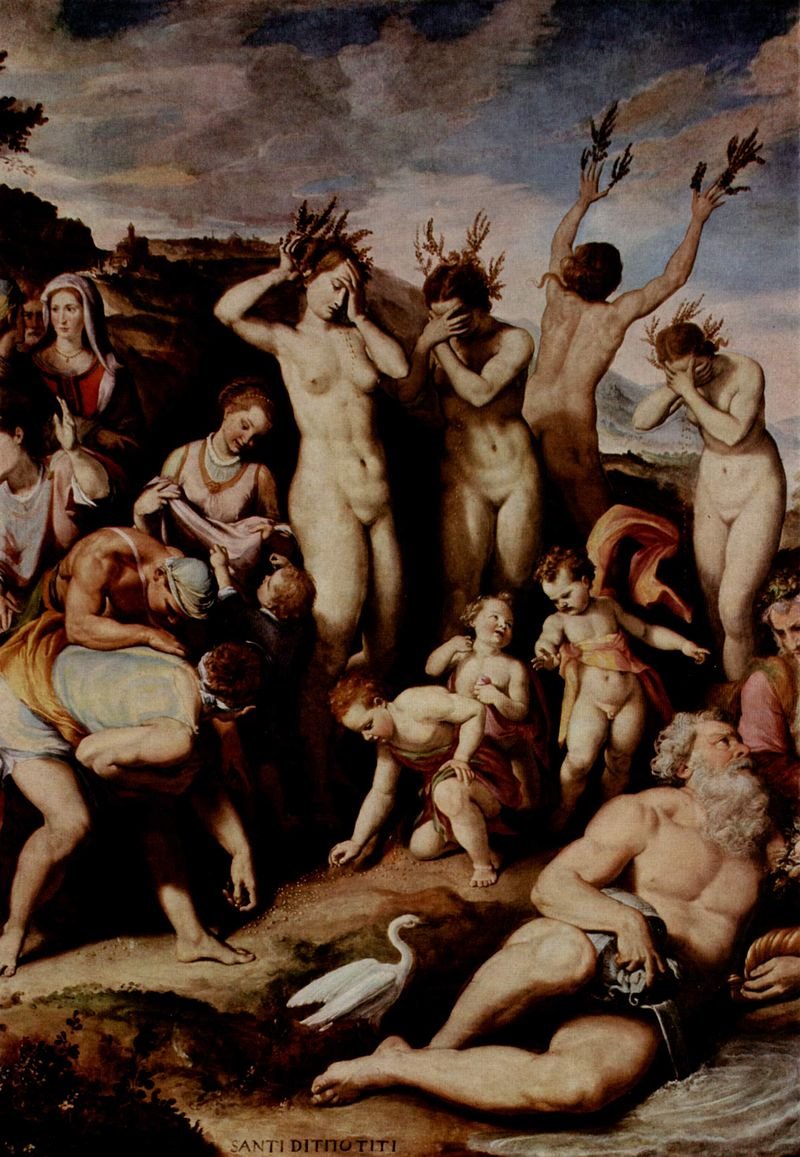 They are the most known references to the most important part of the Rhodian mythology. There are also some other ones in Iliad refered to Symi island this time and regards to Nireas, its king.

Nireas, the king of Symi

His name is derived from the ancient Greek verb “nissomai” which means “to leave, to travel, to go back”. In other words, the mythical Nireas as genuine Symian, was a sailor and a traveler as his name reveals.

Nireas from Symi was a very handsome young man, the most handsome man after Achilles. However, he had a humble origin. He was not an aristocrat like most of the princes of the Achaeans. Nevertheless, he was the king of Symi, son of Charopus and the nymph Aglaia. He was also one of the many suitors of Helen. That was what forced him to participate in the Trojan War with three vessels with warriors from the island.

In Troy, Nireas fought alongside with Achilles. He also engaged in a duel against Telephus and killed his wife Hiera who was fighting like a man. But he was killed by Eurypylus, the son of Telephus and the nephew of Priam. Besides Homer, the handsome king of Symi, is mentioned by Diodorus Siculus  and other ancient writers.

Legends and Myths of Rhodes island – Telchines, the ”Harpe” of Cronus, the Emersion of Rhodes

Do you like Rhodian mythology? Do you you believe it is worth to read by others too? You can share this article to your social media and don’t forget to subscribe to our blog!