During the 12 centuries of Olympic Games, numerous amazing and talented athletes filled the hippodrome and the stadium of the sacred area of ancient Olympia, with their remarkable achievements moving and inspiring the crowds.

Despite being mortals, these athletes were immortalized thanks to their Olympic victories. Out of all the best of the best athletes who made a significant mark on the sacred Olympia valley, there were some who were able to surpass all the limits and were acclaimed as legends as they won successive Olympic Games and remained the best in their respective sport for over 10 years.

The extraordinary achievements of these athletes remain to be the envy of modern athletes because they are simply amazing even by the existing standards today.  There is one name in particular that stands out and this is none other than Leonidas of Rhodes, dubbed as the greatest sprinter of all time.

Leonidas of Rhodes VS Michael Phelps

Long before Michael Phelps has rise to the ranks of being the most decorated gold medalist in the entire history of the Olympic Games, Leonidas of Rhodes was the one who was on top of the game.

All of these happened for over 2,000 years before Phelps. And if you will try to compare the things that Leonidas had to go through to emerge victorious in all of his 12 events, you can surely say that things were made easier for Phelps.

Leonidas participated in a total of three track events for the successive Olympics held in 152 BC, 156 BC, 160 BC, and 164 BC. He remained unbeatable over the stretch in races known as the stadion of about 200 meters, the 400 meters diaulos, and the hoplitodromos. 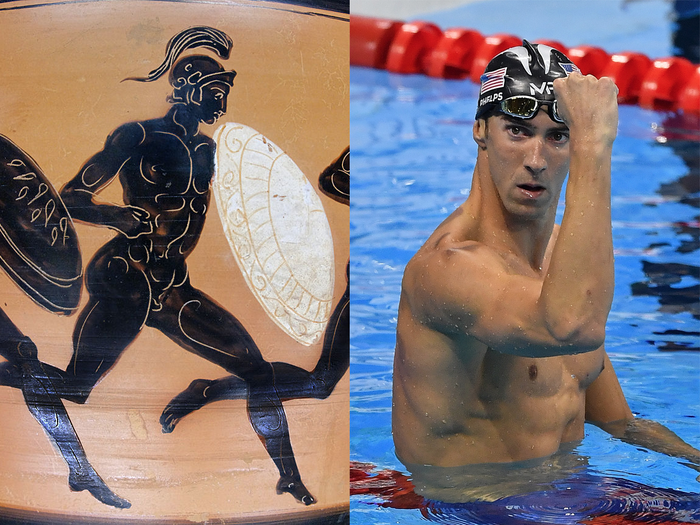 Back then, it was typical for runners to compete with them in the nude. However, in the hoplitodromos, it was required for the runners to put on heavy battle gear pieces that probably included a shield, breastplate, and helmet. 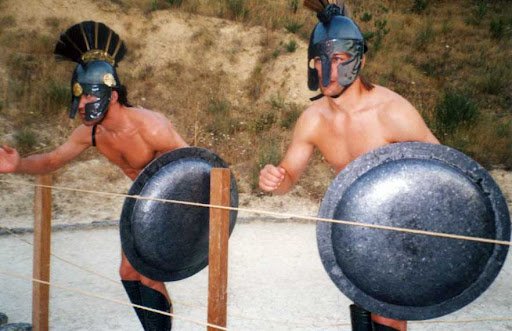 It was possible that Leonidas had to run while wearing that bulky armor under extremely hot temperatures. But, Leonidas was unfazed because he still managed to dominate the competition even during his last Olympics event at 36 years old. During that time, only gold medals were awarded to the winners so the podium was occupied only by Leonidas himself.

Running all of these events one after another was no doubt a feat. Unfortunately, Leonidas wasn’t able to receive any actual hardware for all the achievements he had.  This is because back in t he ancient times, only an olive or laurel wreath was presented to the winners.

It seems that there is very limited biographical data about Leonidas and there was also known images of this great sprinter. However, his name comes from a Greek term that means lion. After the death of Leonidas, he was worshipped as a local deity of the island.

But, despite the lack of solid information about this remarkable athlete from Rhodes, Leonidas will  continue to be known as the greatest sprinter of all time.

Michael Phelps and Leonidas of Rhodes – BY CHRIS DINSDALE (August 12, 2016)

If you found our article interesting do not forget to share it on your social media and subscribe to our newsletter!