Only few places on earth posses the natural beauty of Rhodes island. The island of the sun is the cradle of many wonderful ancient Greek myths and legends that attempt to explain significant facts happened to the island through its history. These myths of Rhodes island detail the lives and adventures of a wide variety of gods, goddesses, heroes, heroines and mythological creatures.

Initially, mythology interpreting significant geological and meteorological phenomena through the Clash of the Titans. Then, proceeds with the colonization of Rhodes referring some ancient tribes, called Dorians. Dorians moved to the island either from the greek mainland or from Crete, when they dominated that island after the explosion of Thera s volcano.

The Telchines and The ”Harpe” of Cronus

The first mythological reference about Rhodes comes with the Telchines. The skillful Telchines according the greek mythology, were colonized the island of Rhodes after they left Cyprus or Crete. They described as magicians and charmers and there are various conjectures of how they were or who their parents were. Their number was nine and had flippers instead of hands and the heads of dogs. Some stories refer them as  children of Pontus and Gaia, others of Tartarus and Nemesis. In other ones they described as Poseidon s children when in others referred as born from the blood of castrated Uranus(see below), along with the Erinyes. The Telchines are the ones who invented the art of metal-working and they were said to have crafted the magical trident of Poseidon which the god used to move mountains into the sea so as to create the islands in the Aegean.

The ”Harpe” of Cronus

The ”Harpe” of Cronus is also attributed to them. This was the tool Cronus used to castrate his father Uranus. Cronus was the youngest son of Gaia who passionately hated his father, Uranus. Uranus imprisoned Cronus in order to guard himself against his son, but with the help of the Cyclops and the Hecatoncheires, Cronus managed to escape. Then, with a short and sharp sickle, the ”Harpe” castrated Uranus. The genital molecule of Uranus fell into the sea in front of the southwestern coast of Cyprus. It filled the salty water with huge amounts of foam through which Goddess Aphrodite was born. After the castration of his father, Cronus became the master of the world.

The Emersion Of Rhodes

Maybe the most popular among the myths of Rhodes island is ”the emersion of Rhodes”. The myth takes place after the defeat of the Giants in the clash of the titans, when Zeus began to share various regions of the earth to the Olympians. Helios, the sun god was absent so he did not get anything for himself. Zeus then offered to redistribute the regions but Helios had a vision. A beautiful island emerging from the blue waters of the Aegean Sea. So he said to the father of the gods that he would prefer to get the island that would emerge from the sea the next morning. As dawn broke the next day, Helios saw the beautiful island of Rhodes appear from the turquoise waters. Enthralled by its beauty he bathed it with his rays. Since then, sun drenched the island has been the island of the Sun.

Helios and Rhodes obtained children that were named “the Heliades”. They were Ochimus, Cercaphus, Macareus, Actis, Tenages, Triopas, Candalus and Electryone.
The most worthy and competent of all the heliades was Tenages who invented new ways of cultivating the land and new navigational methods. The love and the respect he received from the local people made Tenages` brothers envy him. So, Triopas, Macareus, Actis and Candalus attacked Tenages and killed him.
The crime was soon revealed, so the four killers fled the island. Only Ochimus and Cercaphus left behind. Ochimus married Hegetoria, with whom he had a beautiful daughter, named Cydippe. When Cydippe grew up, her father had her engaged with someone Okridius but her uncle Cercaphus fell madly in love with her so he stole her and fled with her from Rhodes.

Many years after, when Ochimus became old and completely unable to cause harm to the illegal couple, Cercaphus and Cydippe returned to Rhodes along with their three sons. They were Ialisos, Kamiros and Lindos. Their father devided the island into three parts and each of them built their own city and gave it his name. 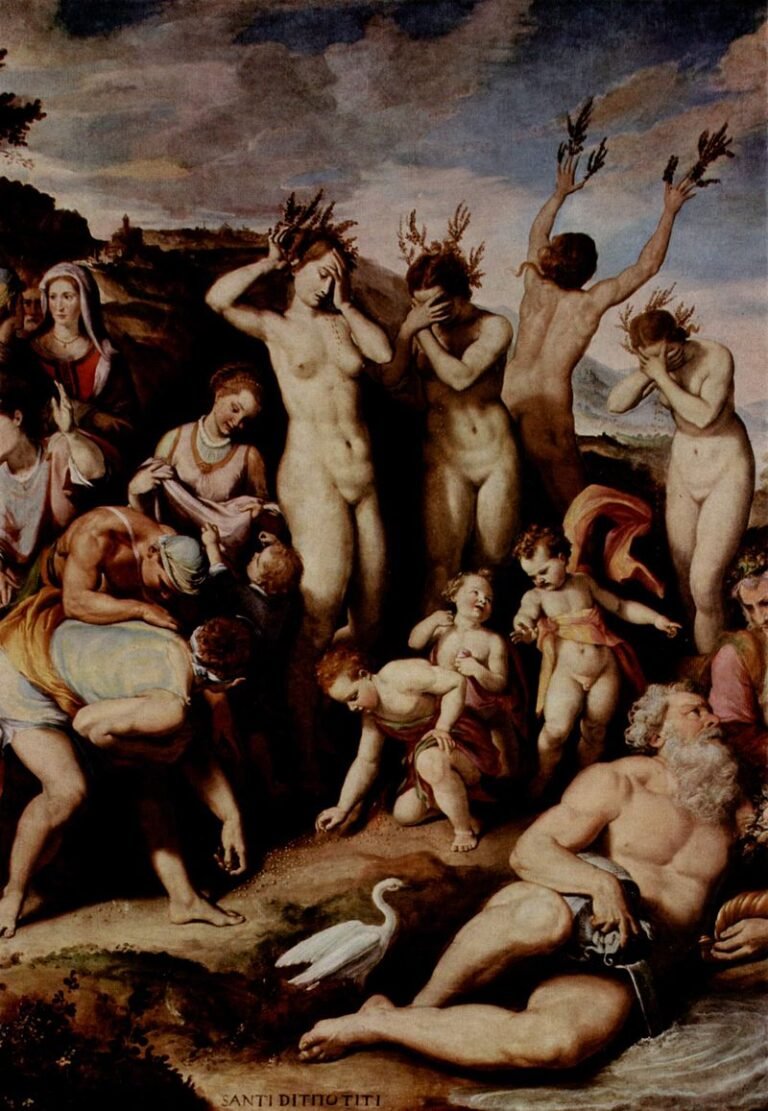 Mythology Of Rhodes – The Myth Of Althaemenes