Panagia Tsampika Monastery (Virgin Mary of Tsampika) is a very popular place of pilgrimage among Orthodox Christians. It is located on the east coast of the island, less than 28 km from Rhodes Town.

“Tsambika” is a nickname that is believed to have been etymologically derived from “samviki,” a term that refers to a specific type of ship, with the hill geophysically resembling a sailing vessel. Other scholars also claim that the adjective following the Virgin Mary is connected to a term in the local dialect of Archangel “tsampa” that means spark or flame. This has something to do with the religious tradition of how the image was found.

Tsampika Monastery is a whitewashed Byzantine church. After you have enjoyed the spectacular views of the coastline of Rhodes outside the church, you can proceed inside where you will find some remarkable religious artworks and the Virgin Mary’s important local icon.

To get to the monastery, you need to climb more than approximately 300 steps, with pine trees lining a part of the route. Don’t let the small size of this religious building fool you because it is still big when it comes to its ornate décor including the vaulted ceiling, frescoes, chandeliers, and paintings 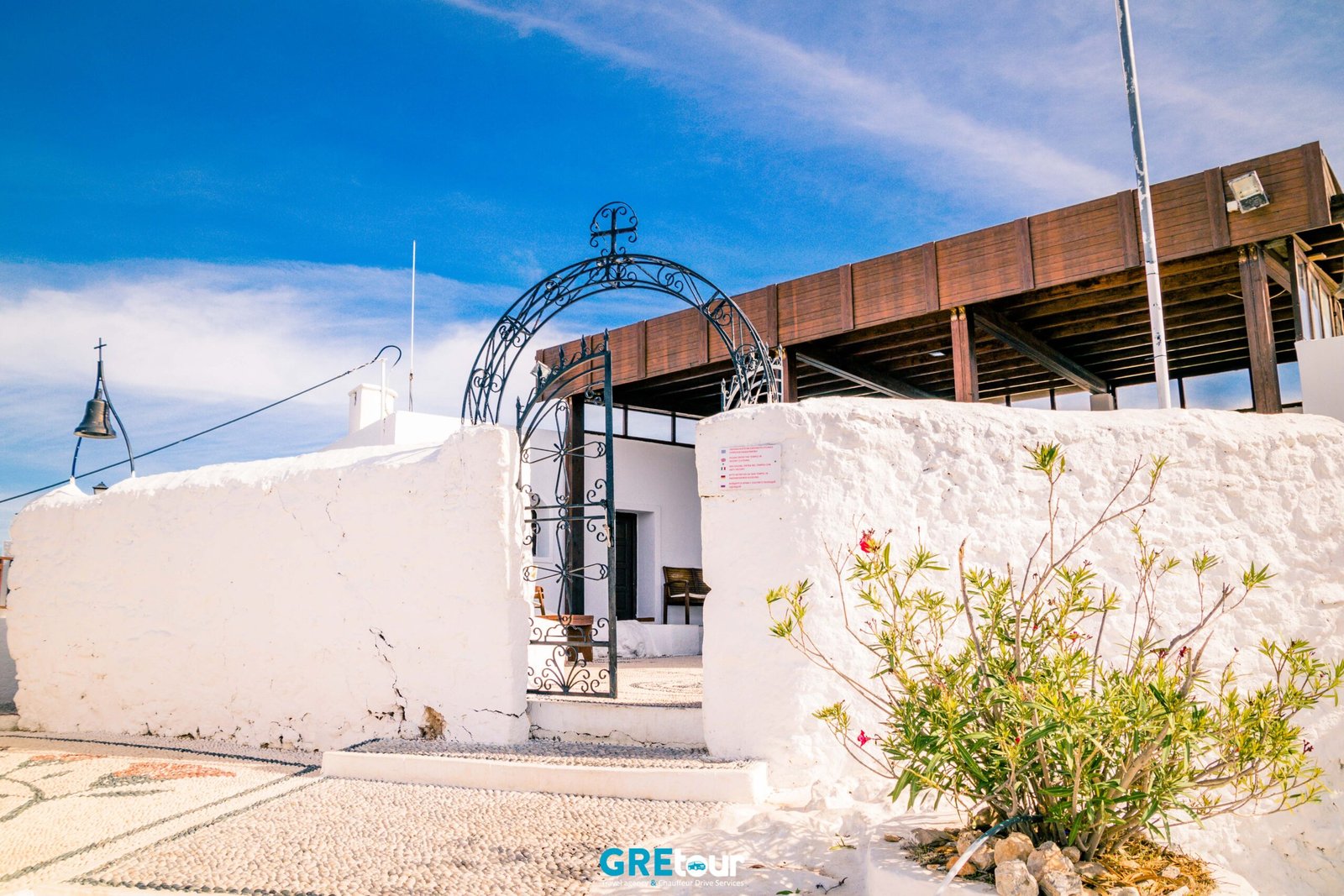 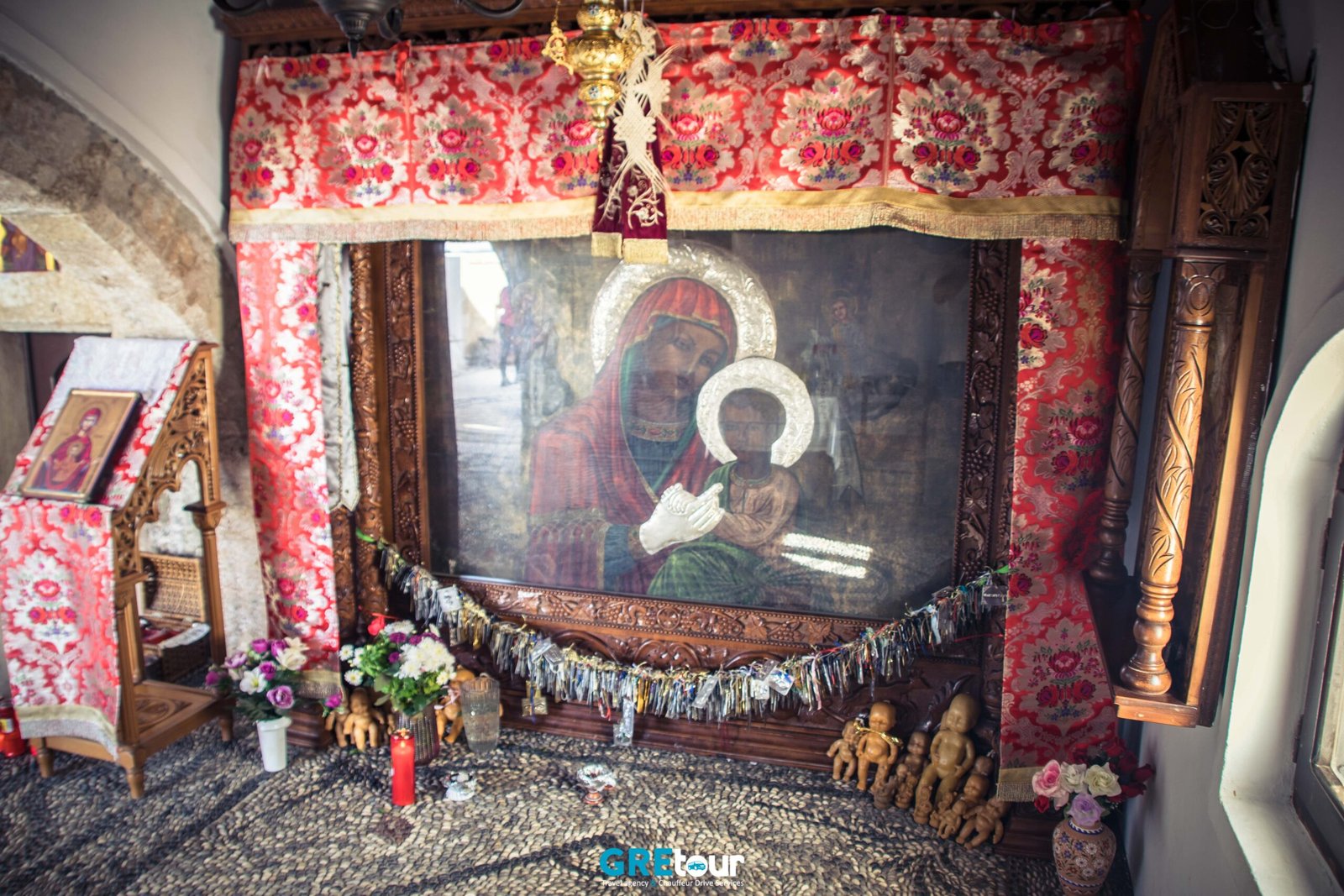 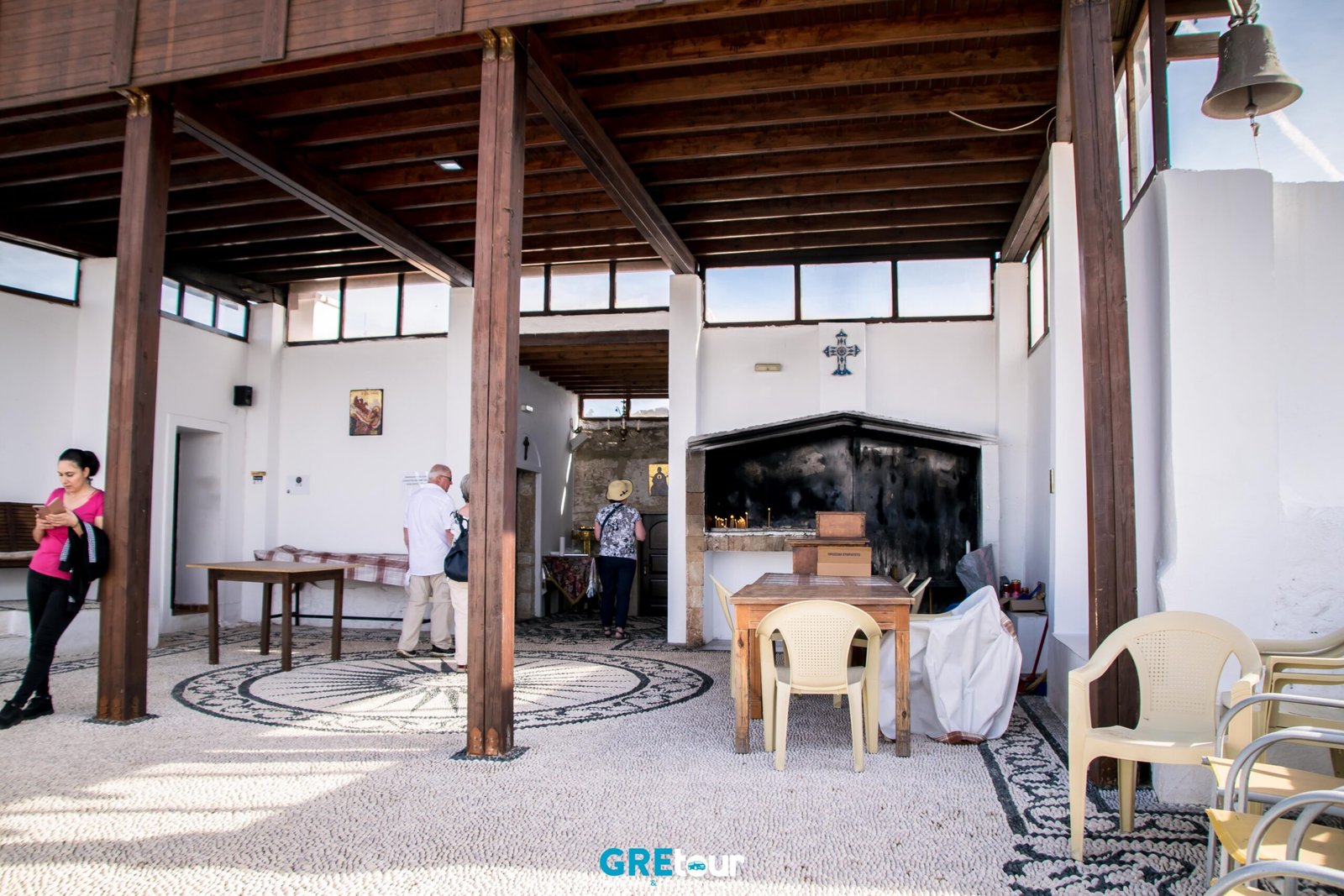 According to the legend, women who were having a hard time in conceiving must climb the hill barefooted as they pray for fertility to the Virgin. Legend also has it that more often than not, the faith of these women is being compensated and their wishes are fulfilled.

If their prayers are granted, the male child that will be born to the mother must be named Tsampikos while a female child should be called Tsampikas. People who are skeptical about this lore and its truth are recommended to experiment by calling the names in any busy street in the island. Try counting how many heads will turn to you as do so. Tsampikas and Tsampikoses have their own name’s day celebrated every September7. It seems that there are a lot of people on the island who were given these names.

Based on the tradition, there was a shepherd that once noticed a flame burning on top of the hill which is the current location of the monastery today. The shepherd went up the hill together with his fellow villagers to know what was happening. They then saw Virgin Mary’s silver icon on the cypress and there was a lighted candle before her.

The story states that this image got lost from the Monastery of Panagia Kykkos located in Cyprus or from a certain village found in the District of Limassol where the image was kept. Cypriot commissioners then came to Archangelos and once they recognized that the image was theirs, they had it transferred to the original holder.

Even though the monks returned the image to Cyprus thrice, it was like a miracle that the icon was able to the mountain of the Archangel. On the third time, upon bringing back the image and to ensure that it was really theirs, the Cypriots burned it a bit at the back part to create a mark that will make it easier for them to recognize it. But still, the icon was able to travel back to Rhodes for the third time.

Since then, the image has remained in the island. It even returned there after it was transported to other parts of the country during a pilgrimage. A chapel was then built in 2002 in PeraChorio in Cyprus to honor Panagia Tsambika. A nave was also made at the spot where the icon was discovered in honor of the Virgin Mary.

For security purposes, the icon is currently housed at the homonymous church of Panagia Kato.

Once you have finished exploring and admiring the interior of the church and you find yourself outside again, don’t miss the chance to look over its bell tower where you can get a glimpse of the fantastic views of the surrounding countryside and coastline.

You can also enjoy these views from the courtyard shaded by lush trees. When the day is clear and sunny, you can even see Lindos Beach that is about 24 kilometers or 15 miles to the south. How to Get To Tsampika Monastery

Tsampika Monastery is about a 40-minute drive from the city of Rhodes. There are buses travelling between the beach and the city centre. If you are visiting by car, you can use the car park available for free found at the beginning of the trail leading to the religious site. Make your visit even better by dropping by at the nearby Tsampika Beach in the afternoon.

Admission to monastery is free and it is open every day. It would be best if you start your ascent earlier in the day so you don’t have to deal with the intense heat of the afternoon. It is also recommended to wear comfortable walking shoes for the walk. 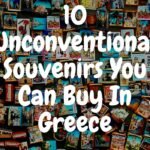