Filerimos Hill can be found in the Ialyssos area and is renowned for its numerous attractions. Ιncluding, the ancient citadel of Ialyssos, Our Lady of Filerimos monastery, the two chapels of Prophet Elias, and the path to Golgotha. With its 267 m height offers amazing panoramic views of the northern part of Rhodes island. Something that is also will impress you is the large number of peacocks you will see around! 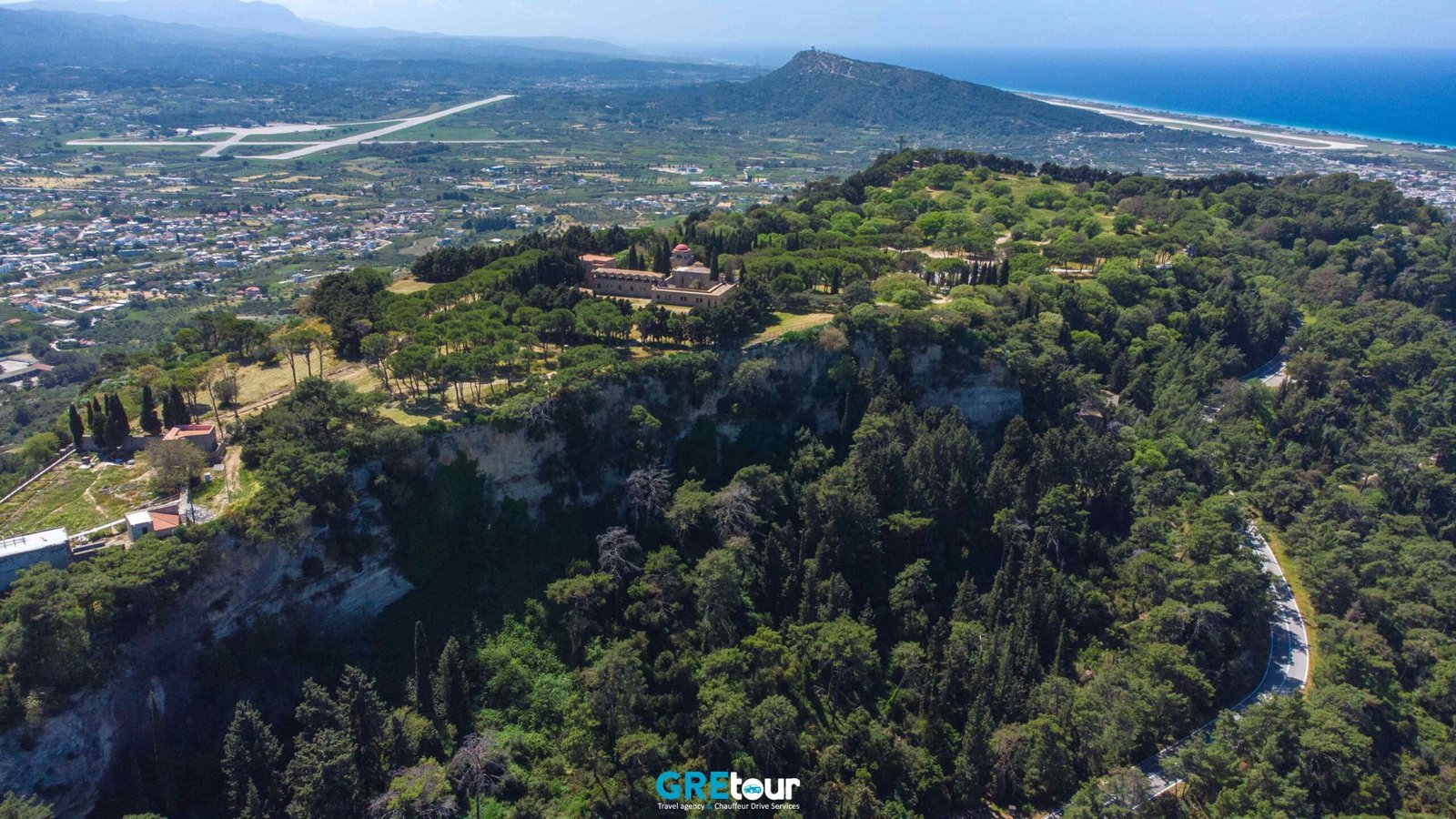 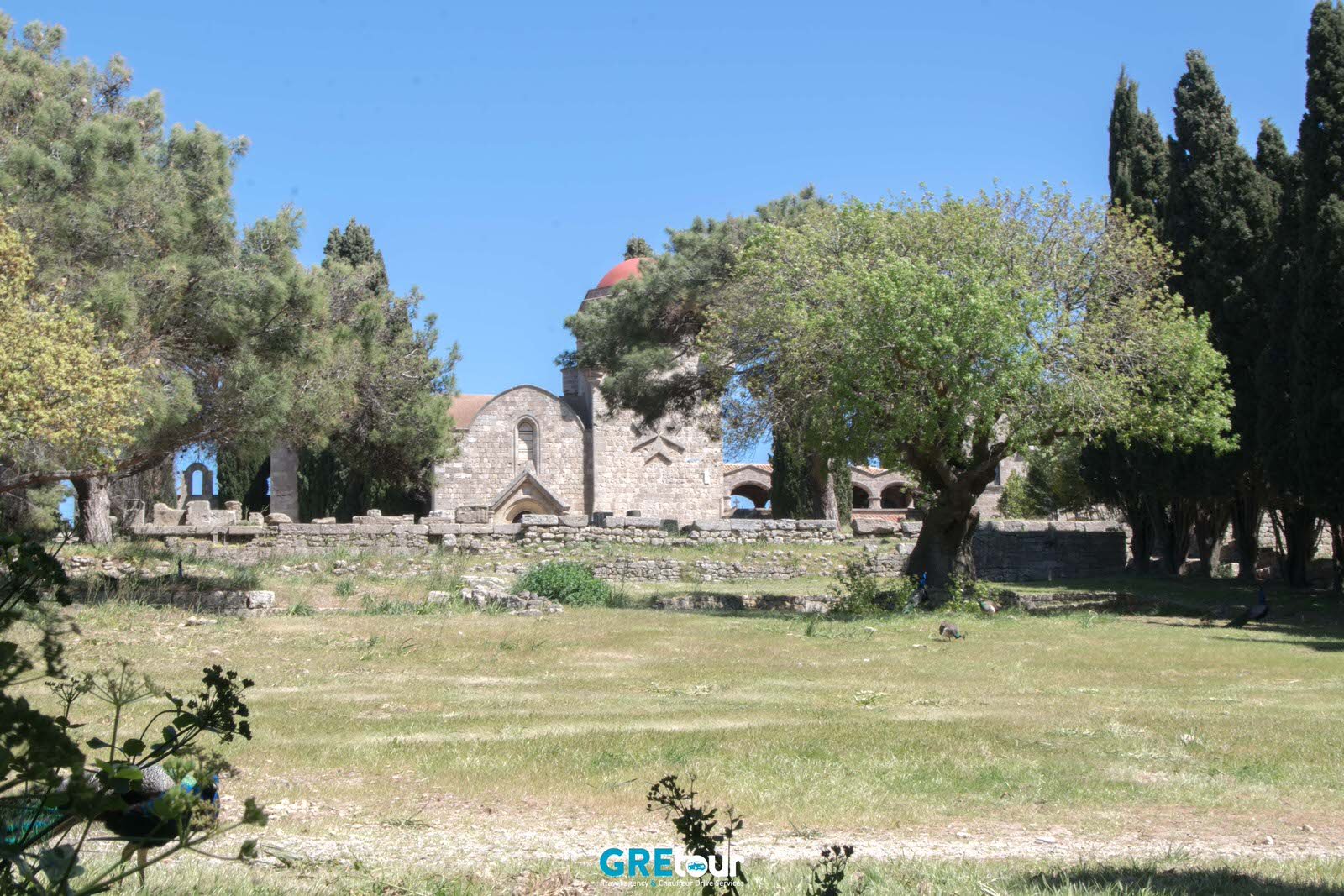 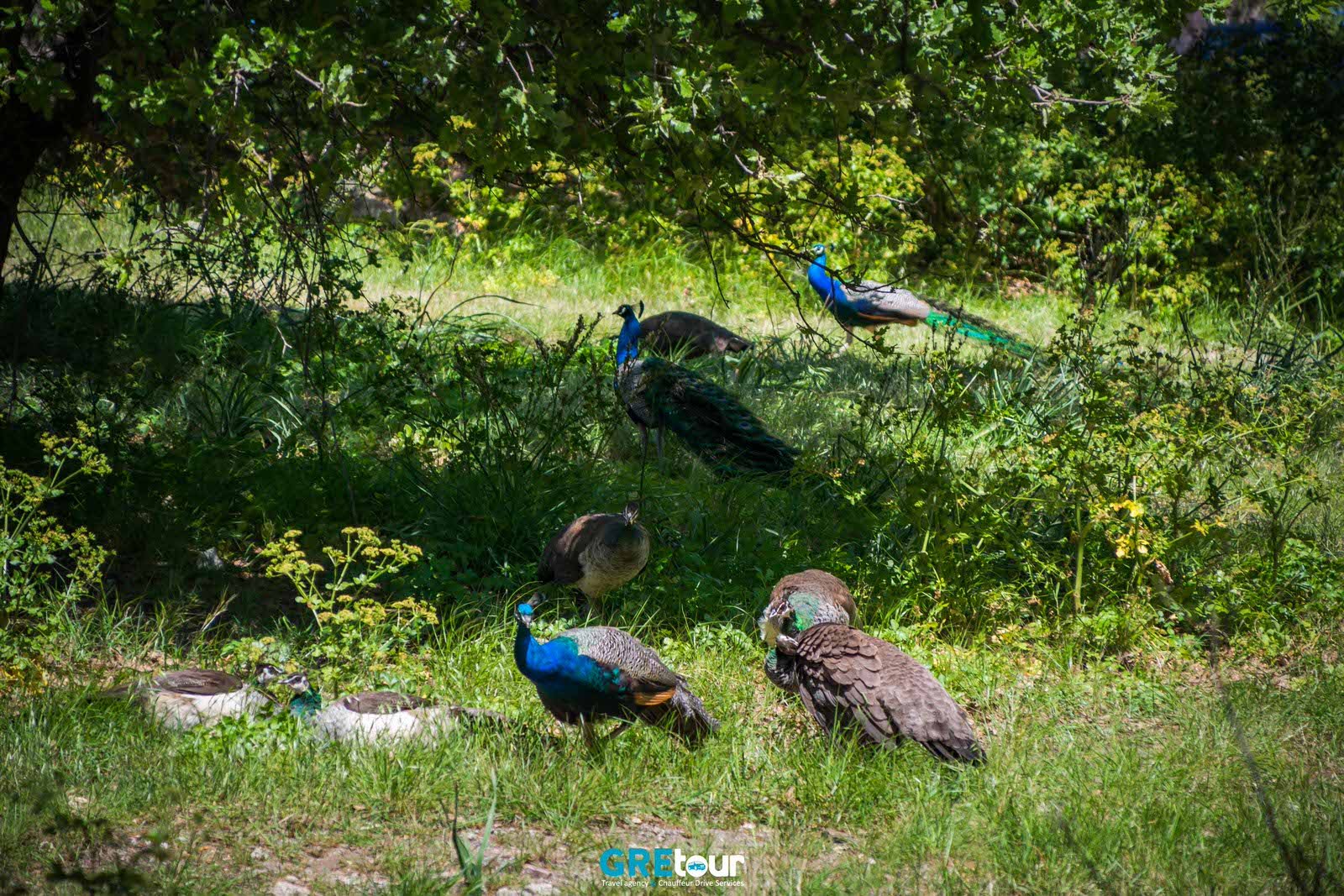 Embark on a Trek Up the Picturesque Route

As you climb the hill, don’t miss the chance to take in the lush forest of aromatic shrubs and pine trees until you reach the two Prophet Elias chapels. You can find the newer one on the road and if you want to visit the older one, all you have to do is follow the passageway that can be found on the courtyard’s left side.

The residents of Trianda village constructed of the older Prophet Elias Church during mid-1880s. The 1929 earthquake destroyed it but it was reconstructed with the assistance of the Rhodians of Egypt’s Rhodian community.

Its foundations were damaged due to the repeated landslides during the 1960s and one side was even meteoric. This was restored once again in 2010 and the area is currently safe.

Continue Your Walk to Reach the Peak

As you continue walking towards the peak of the hill, you can see the airport’s runway on your right, as well as Kremasti town, Ixia, Trianta, and even Rhodes City.

Once you arrive in the parking lot at the drive’s, you can drop by at the small café. From there, on the left, you will find the entrance that will lead you to the archaeological site of the Monastery of Our Lady of Filerimos and the ancient Acropolis of Ialyssos. On the right starts the path leading to the Cross and Road to Calvary. 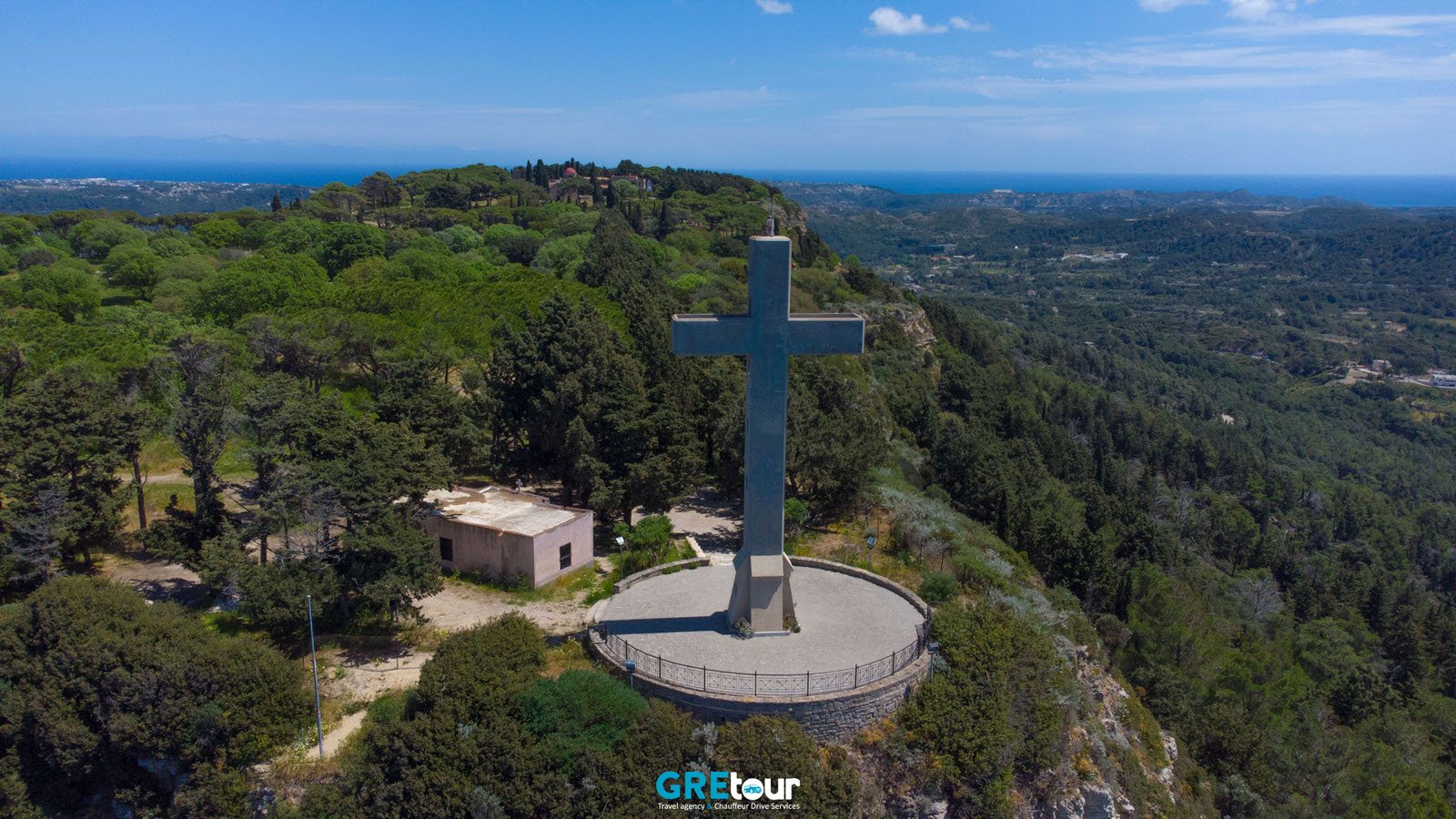 Monastery of Our Lady

The Byzantine knight church dominates the stairs’ end as well as the monastery cells later established during the Italian era meant for the brotherhood of Franciscan monks. This serves as the home to the Holy Picture and there are a couple of stories as to how this picture reached Rhodes Island. 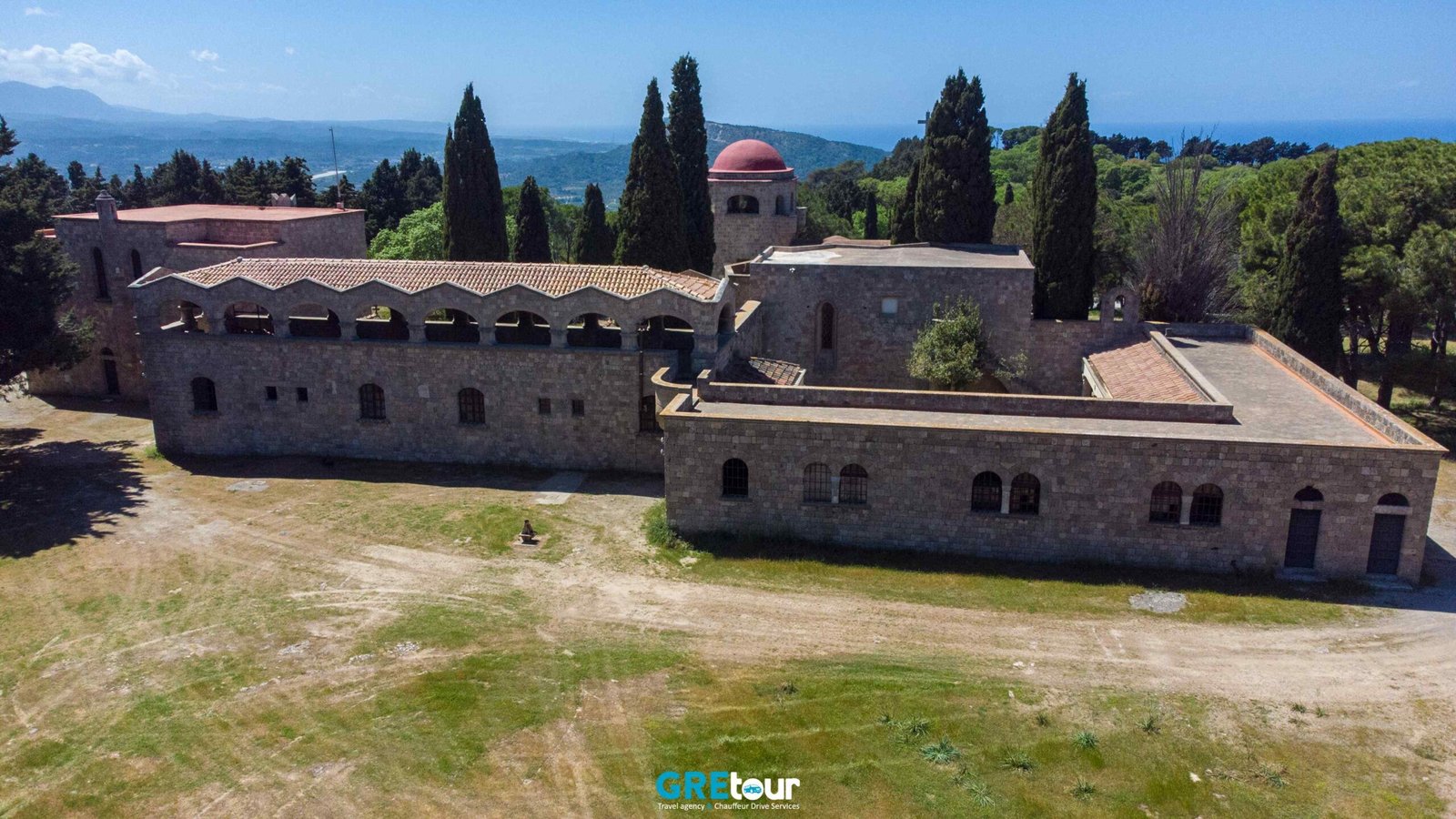 A baptistery in the shape of a cross was preserved in the monastery’s courtyard. This was a portion of Early Christian Basilica constructed during 5th up to 6th century AD.

If will go down the road next to the ancient temple’s ruins, you will see the Agios Georgios Chostos Church. This church dates back to 5th up to 6th century AD! This was later on decorated with the frescoes of the 15th century. They depict the patron saints of the Knights, the Life of Our Lady, as well as the Passion of Christ.

The first story about Filerimos hill states that the Order of St. John’s Jerusalem members brought the ”Madonna Del Filermo” icon during 10th to 11th centuries at the Byzantine Church during that time. The second story claims that the icon was already there during the time that the order came in year 1309 although it was unknown as to who brought it there.

The more known as ”Our Lady of Filermos icon” was probably painted during the 10th up to 11th century in Constantinople. There are also some assumptions say that the icon attributed to St. Luke the Evangelist. It was regarded miraculous by the local population and the Knights of Saint John due to the role that it played in repelling the attacks of the Ottomans.

During the surrender of the island to the Ottomans as well as their departure in 1523, the picture was taken by the Knights of the Order of St. John. After the siege of Rhodes, the icon was wandering for more than 450 years. First, it was held in Malta, then to Russia until it was finally installed in the National Museum of Montenegro’s Blue Chapel where it is to this day.

Filerimos Hill was also used during the ancient era as the worship place of ancient greeks. The ruins next to the monastery witnessed all of these. This area was well-known as the Acropolis of Ialyssos. Along with Lindos and Kamiros were the three initial cities-states of the island’s ancient times. They were the ones that created the ancient city-state of Rhodes during the 3rd cantury BC, with its Acropolis of Rhodes dominating on the top.

As well as the cult location of Athena Polias and Zeus. The remains of the foundations of the temple are near the Knight’s Temple. The steps that lead to Doric foundation can be found close to the archaeological site’s maintain entrance right in front of the ticket store and the stairs.

The Cross and Road to Calvary

The Path to Golgotha starts opposite the primary archaeological site’s entrance. The trail was made during Italian occupation from years 1912 to 1945. It representing the 14 stations with shrine stops on road to Crucifixion.

You can access the Cross internally and there is the narrow staircase leading to the horizontal portion that serves as the balcony. From there, you will be able to see the older airport, Kremasti village, part of the runway of the modern airport, the villages of Maritsa, Pastida as well as the Turkish coast. 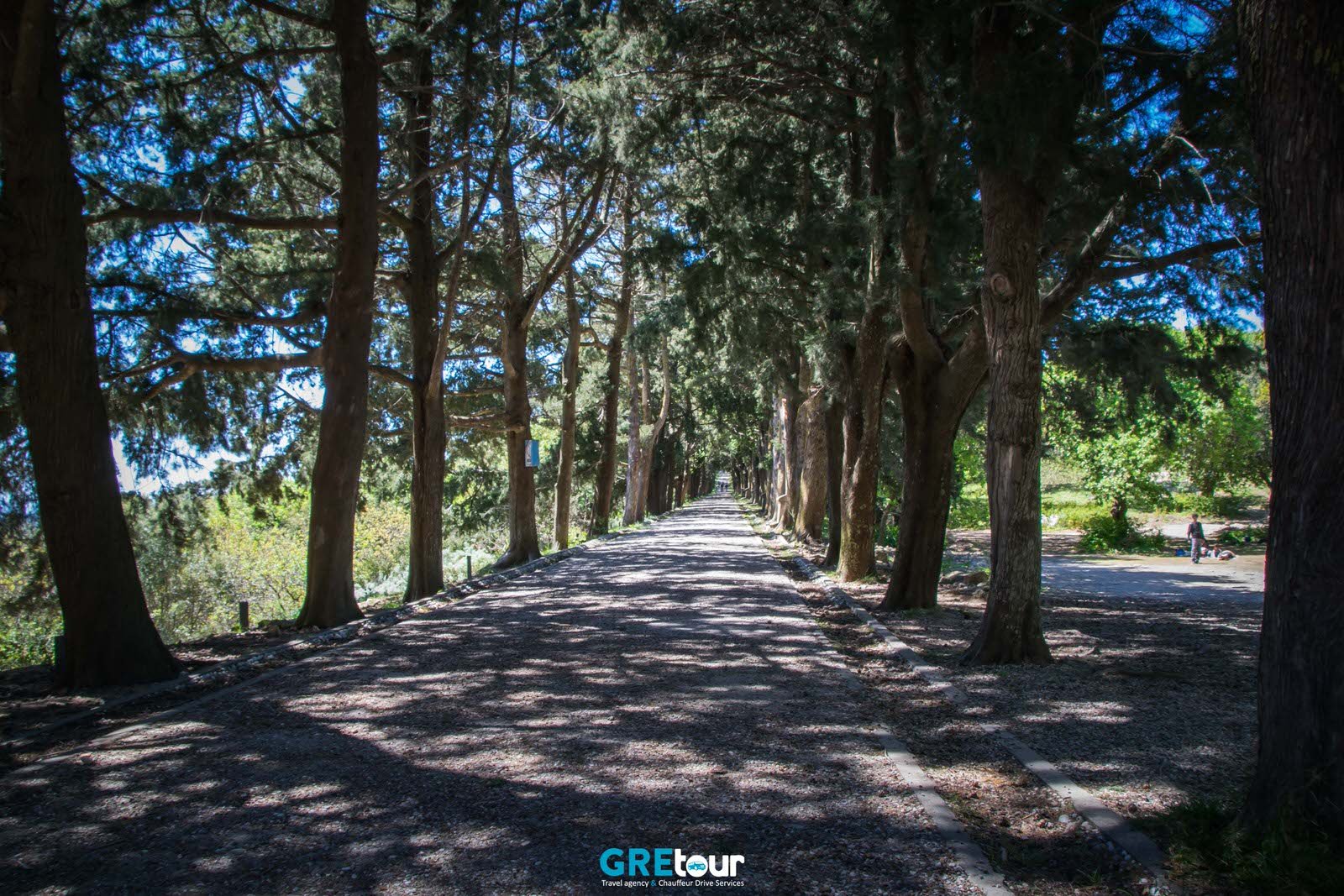 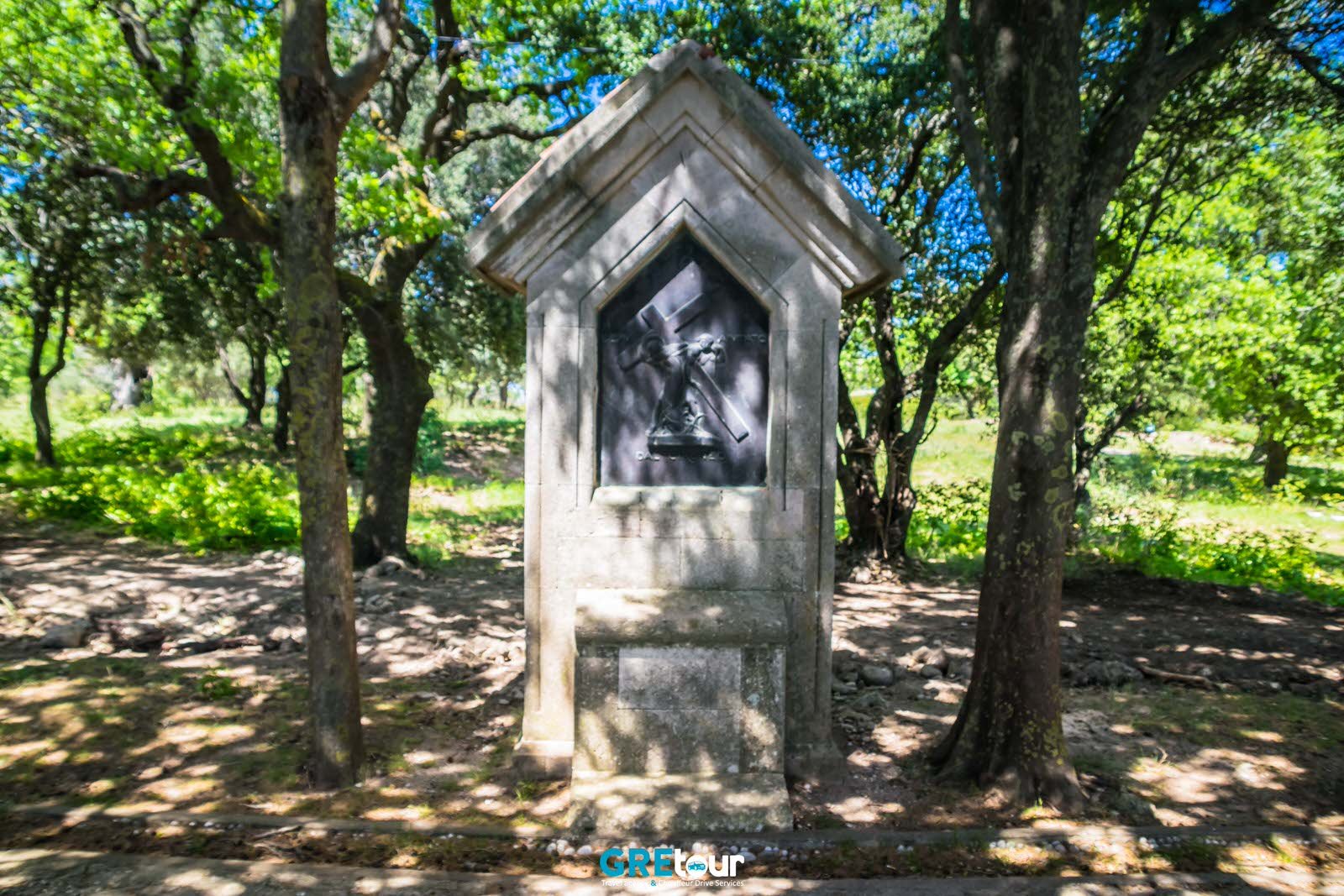 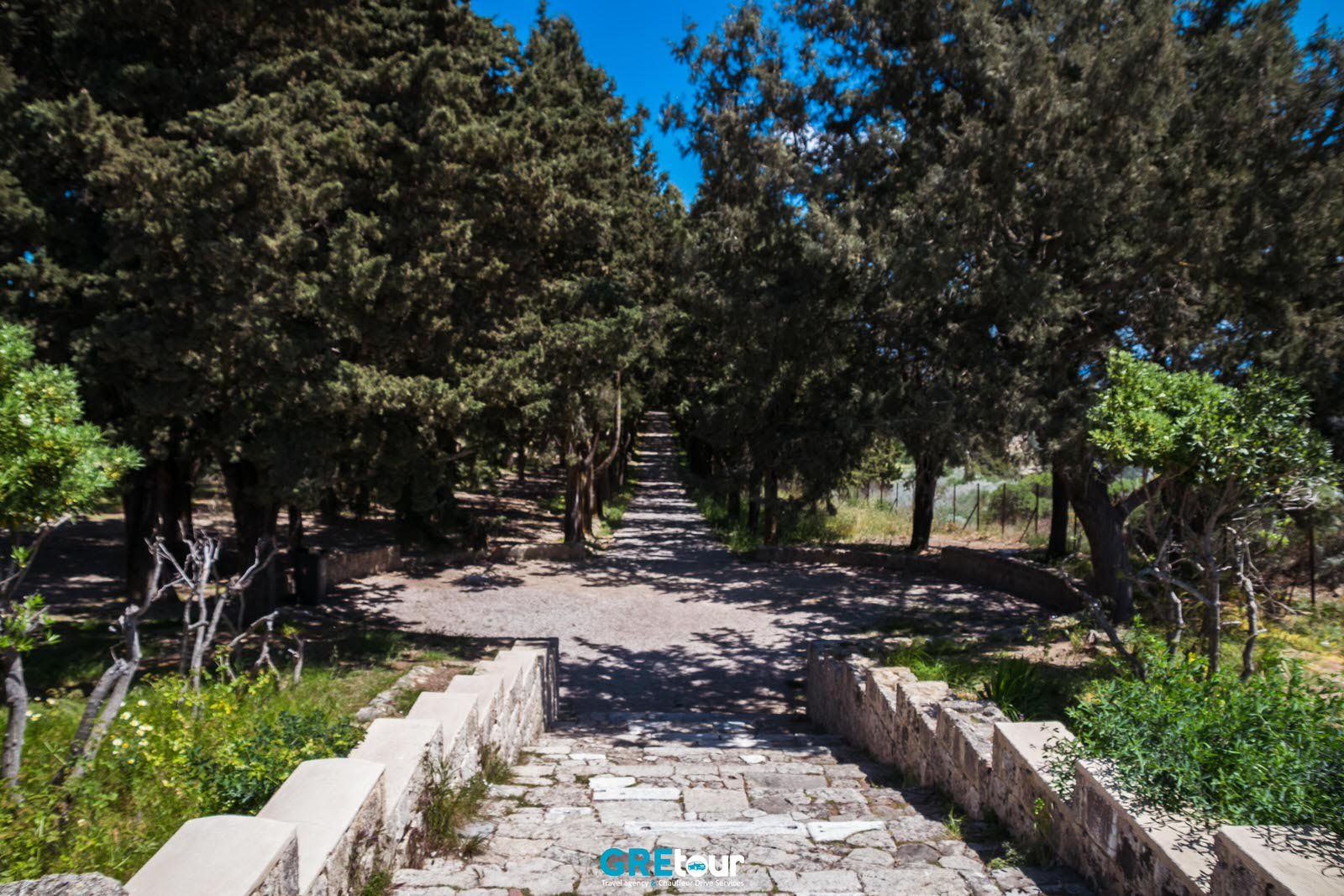 Filerimos Hill Location - How to Get There

If you are coming from Rhodes town – Rhodes Airport road, turn at Trianta’s traffic lights at the police station. From there, you can go on straight until you arrive at the base of the hill. You can either continue driving up the hill or park your car and walk to the top. Just keep in mind that distance is approximately 3,5 km.

To visit the main archeological site of Filerimos Hill you need an entrance ticket. The price is 3,00€

The archaeological area of Filerimos Hill is open from 8.00am to 14.40pm.

Filerimos hill is among the top local attractions. Considering this, you should definitely include it in any of your tours in Rhodes. It is also the ideal destination for families with children. All members will enjoy every minute during their stay there.

Did you like this week article? Do you you believe it is worth the time to read? Then, share it on your social media and subscribe to be the first to get our latest articles!